An Extracted Footnote from the Hyperborean Research Trilogy

We have discussed the abomination of pedophilia in other manuscripts as a signature of the Enemy, it always emerges at the collapse of Empire as degenerate, insanity, and depravity cause all neglect for duty and honor. The Enemy have always been accused of this act, and ritual murder of children (blood libel, their own writings), and it is proven in many cases and continues to the modern day. This is discussed in the Occult Wars series and Sub Rosa. But in ancient Greece, the situation was the same, as we have argued in various monographs. The earliest laws forbid such actions of sexual relationships between adults and children, and foreign elite would entrust their children to the early Greeks for their upholding of this law. The earliest myths were always sexual conduct of adults. The oldest depictions of all the Greek Gods, Hermes and (and even some of Apollo*), were bearded, masculine that later became effeminate, beardless youth. “It is believed that in the Homeric world homosexuality was not favored.” 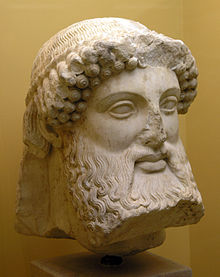 Plato says that everyone knew the Cretans manufactured myths to justify their debased, unnatural sexuality. Such is with “Catamitus” (and also “Ganymedes”), from which the English word ‘catamite’ is derived. According to Plato, the Cretans were regularly accused of inventing the myth because they wanted to justify their “unnatural pleasures.” This is part of the occult wars that is able to be encouraged and exploited in urban, luxury culture where people become detached from truly Natural relationships. Robert Graves and others have demonstrated a clear agenda and groups of poets that deliberately altered myth, art, etc. to normalize these practices. We have no prejudice against adults who engage in sexuality, from the Sapphic to other adult forms of sexuality, bisexual, orgiastic or monogamous. When is a person adult in an ancient society? Puberty?

The relationships of young adults and those slightly younger (like a 19-20 years old) is far different than someone (we deem worthy of ritual murder) that molests pre-pubescent children. The term ‘pedophile’ is not accurate, rather it was “Ephebophilia: which is the primary sexual interest in mid-to-late adolescents, generally ages 15 to 19.” Any such myths of the Gods are late inventions, distortions, from Orpheus to the nephew of Herakles. European beauty idolized Rubenesque women (or healthy voluptuousness, and not the waif, anorexic, addict-looking style of model they have pushed for years, nor obese, Venus, Callipyge, consider the implications of the nudity of Phryne (born c. 371 BC), the ancient Greek courtesan), thus this is not seeking some justification for pursuing younger partners, as we suspect many writers on this subject conceal such agendas (Michel Foucault and many others were involved in such relationships, and many of the “leftist” writers have this proclivity and state it openly). But just as you see history rewritten, statues torn down, even pop culture icons replaced by transgender, minority, or other ‘marginalized’ groups that are really an extreme minority, it is part of the occult wars, the mass psychosis of a certain type of degenerate liberalism.

Another example is the mythos of Orpheus, which becomes completely inverted, and it is the inverted and final form that is remembered, the original mythic true buried only to scholars of the Mysteries. Such notions are calculated to destroy nations and are always present before a society and civilization collapse, as if some magic awakens such latent decadence from mutated worldviews, or a deep suicidal impulse that rejects normal, procreative relationships. It is used to overthrow parental rights, since certain sexual proclivities or deviations cannot reproduce, it targets children through instinct and intent to groom and convert children to their “lifestyle.”

But it is also to feminize men and make women masculine, to destabilize every norm so that the dystopian hive can possess what is left of the broken individual, and the new normal can fill the vacuum of their decimated reality. Thus, within two generations of captured, groomed, youth will fight for their oppressors, turn on their parents, burn their own towns and cities, all to liberate into further depravity, to be equal in poverty, misery, and failure. Xenophon, the only historian with firsthand experience of the agoge (his sons attended it!), states explicitly: “… [Lycurgus] … laid down that in Sparta lovers should refrain from molesting boys, just as much as parents avoid having intercourse with their children or brothers with their sisters.” It is hard to find a more definitive statement than this and from the most credible source. To dismiss this evidence because it contradicts opinions are ignorant at best and part an Agenda at worst. Xenophon adds: “It does not surprise me, however, that some people do not believe this since in many cities the laws do not oppose lusting after boys.”

Helena P. Schrader writes, “the most important and lovely pieces of Spartan sculpture depict couples sitting side by side. Regardless of whom the figures were intended to depict (Helen and Menelaos, Chilon and his wife, a Spartan king, and his queen), what is significant is the greater importance given to depictions of a man and wife sitting side by side – that is, in partnership – compared to depictions of sexual intercourse. This is because marriage in Sparta was a partnership, not a tyranny as in the rest of Greece. Nor was a Spartan marriage merely for reproduction, it was also consciously intended to bring sexual satisfaction to both partners. Xenophon explains that Spartan laws required men and women to marry in their physical prime and not when too young (for girls) or too old (for men) and that they should be initially restricted in their sexual contact so as to not to become satiated, but rather to enjoy sex together. Note that there is an explicit emphasis on the desirability of the female partner enjoying sex as much as the male. Love, Sex and Marriage: A Guide to the Private Life of the Ancient Greeks, “Contrary to popular opinion, that world was not a paradise for homosexuals. Pederasty was held in such contempt that it was very heavily punished.” 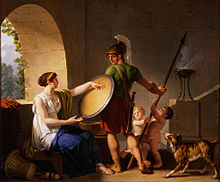 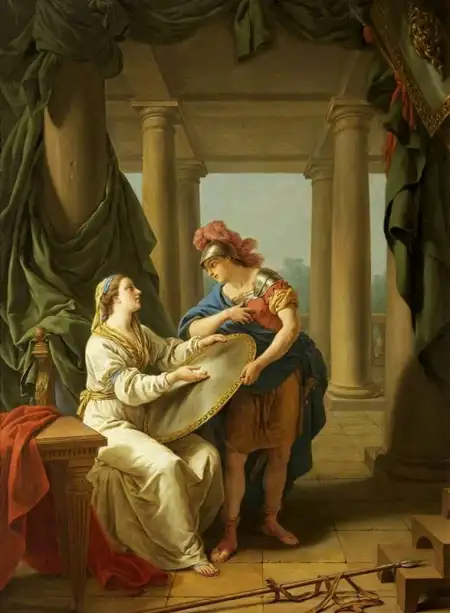 The ancient “pagans” also honored chastity, virginity. For instance, “Vestal virgins were women priestesses to the goddess of Hearth, Vesta, in Ancient Rome. The main duty they must perform was to guard the fire of Vesta. With this they would be endowed with many honors and rights that a normal female would not have at that time. These women were very powerful in the sense that people would respect them because of the mission they were chosen to take in life. Their vow of chastity and their vow of sustaining the fire, made them vital individuals in that ancient time in history.” Even with Sappho, some scholars suggest the relationship was like Socrates had with his students, an intense personal relationship which would not involve sexual love and would be a platonic love. The Germanic tribes were remarked for their monogamy and sexual restraint by Tacitus, and the sexual deviants were buried in the bog, their memory removed from history, forgotten. Such as if society collapses, and there is lawlessness, clean the community of sexual predators, and hang your local pedophile THEN put them in the bog! 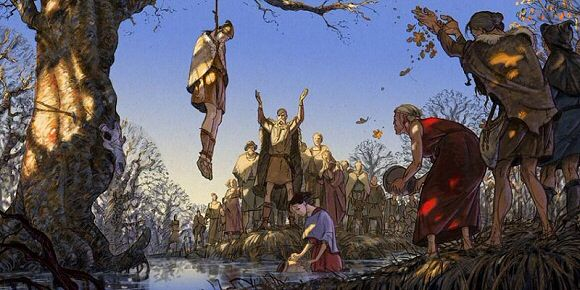 The Germanic Tribes dealt with sexual deviants by erasing their name from earth by sinking them in the swamps and bogs: “Traitors and deserters are hanged on trees; the coward, the unwarlike, the man stained with abominable vices, is plunged into the mire of the morass, with a hurdle put over him. This distinction in punishment means that crime, they think, ought, in being punished, to be exposed, while infamy ought to be buried out of sight.” -Cornelius Tacitus, Germany and its Tribes

* Carpenter claims that images of Apollo in sixth-century Attic art were wildly variable, showing the
god both bearded and beardless, and he states, “to the Attic vase painters of the mid-sixth century his age
was simply not an issue” Carpenter, T.H. 1994. “The Terrible Twins in Sixth-Century Art.” In Apollo: Origins and Influences, edited by Solomon. J. Tucson: University of Arizona Press