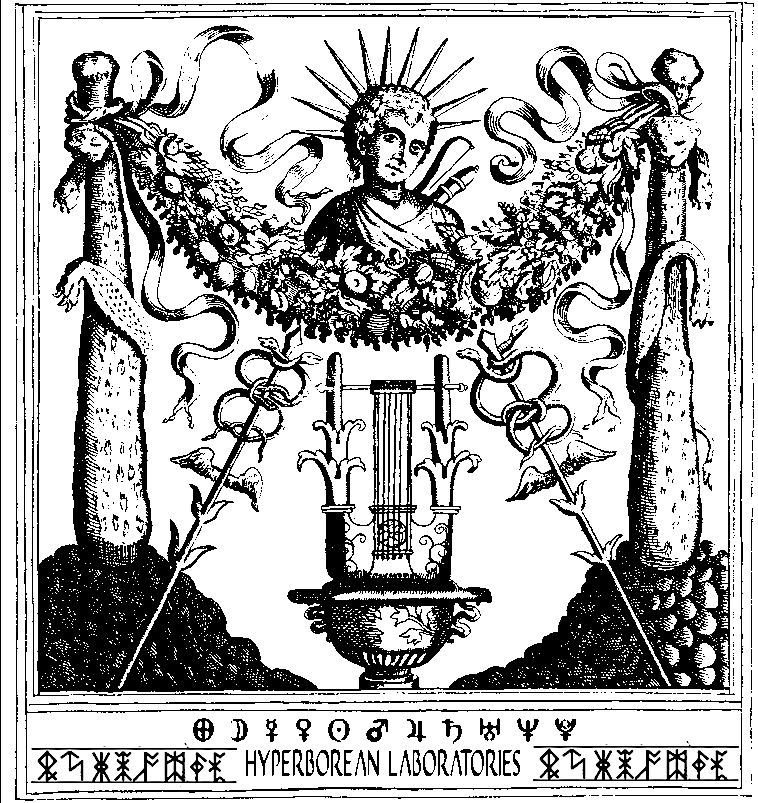 The design illustrates a number of initiation symbols, derived from the cult of Apollo (practised, for example at the sacred centre of Delphi). The symbols include the eleven-rayed head of Apollo. The two clubs of Hercules, draped with the skin of the lion he slew – a reminder of the twelve labours which accompany every way of initiation, and which are linked with the zodiac, and thus with the course of the Sun (Apollo). The two sets of caduceus, with the intertwined and knotted serpents, and a pair of wings – emblems of initiation, and reduced in many programs of symbolism to the sigil for Mercury. The lyra, which is one of the attributes of Apollo, a reminder of the celestial Lyra, and a further reminder of the musical harmonies, or numerologies, that rule the world.