Occult Wars and the Vedic Tradition

Those familiar with our writings often see the term ‘occult wars’ and we are working on a division to articulate this ancient, esoteric conflict. This battle is raged in innumerable ways, using various counter- and anti-Traditional forces to seed chaos, confusion, to demoralize and obfuscate a true, healthy worldview. There are indeed cabals at work sowing the seeds of this psychic turmoil, ‘critical’ theory that seeks to disrespect every aspect of the past, the ancestors of Tradition. It revels in destroying, mocking, distorting all that is noble, honorable, spiritual and inserts a diseased outlook that relegates everything to the Agenda. All that is Indo-European, all that is truly ‘pagan’ must be infiltrated, appropriated, parodied, and scorned. People must not respect their ancestors, their Traditions, their heritage in this agenda because it is the antidote to the poison they seek to inject into every aspect of living. They fear anyone to discover their true ancient Traditions, the empowering glory of their old ways, the aesthetic and spiritual beauty our ancestors created out of nothing.

The article linked below is from India and, though a few years old, highlights those true to the Dharma and their reaction and articulation of this parasitic intrusion into their country. They are keenly aware of the ideological and spiritual subversion at play in a grander scheme of replacement, of ‘progress’, of destroying the ways to a holy and beautiful life. The cabal knows that they can produce the circumstances that make such radical shifts possible. They can exacerbate differences to extremes, cultivate the revolutionary climate for chaos, and use their political, media and academic agents to construct a new, ‘progressive’ narrative.

Even when they are forced to acknowledge or concede some point of glory in the past, such as we find in researching so much of ancient Hellenistic culture, one can find apologies from the journal article’s authors for being Eurocentric, or contextualizing that anything ancient that appears to be good is still, probably, some evil form of oppression. The reader can see the original article that this was a response to, which is such an insulting piece of degenerate writing to the Hindu people.

It is interesting to note the Western academics called out in this piece, such as Wendy Doniger, a cohort of the J.P. Morgan Banker Gordon Wasson who was instrumental in popularizing entheogens with a dubious agenda of intelligence officers (Dr. James Moore of University of Delaware). We suggest that this cabal timed this release to counter the awakening that was happening in humanity. As others like Robert Graves were highlighting the beauty and depth of our indigenous European shamanism, Wasson clearly withheld so much of the data of use (for instance in Nordic culture) in his sealed archives at Harvard that only certain people can enter that are cleared by Wasson’s family. What are they hiding? We know several researchers who are denied any access because they wrote anything critical of Wasson’s conclusions. This is not scholarship, this is the blatant theft of our culture. Wasson and many of his allies had and have an agenda to conceal these aspects from popular view. Why? Because it awakens Memory, it instills pride, all of which is a slippery slope to wanting sovereignty, perhaps national borders, national pride, and no more racial guilt that is used to force through policies. They fear the winds from the old ruins, the true spiritual power from the ancient masters because it is of an authority they cannot control or manipulate. Their war is on the sacred, on nature, on the concept of the divine realm because it is from this that mankind has true inalienable rights as a Human Being.

It is also no coincidence that LSD was introduced nearly simultaneously into the public as Wasson’s research (which was not original as Soma suggestions of psychoactive plants go back until at least the 19th century). The revelations of ancient widespread shamanic plants is then diverted into artificial drugs with socially engineered mind viruses to have one hate their parents, destroy society, to drop out, and to pursue hedonistic and libertine paths that created the hypermaterialism of the ensuing decades. It was the mind control solvent used in the mass initiation of that generation, just as 9/11 and the events of the past year have been initiated to traumatize and compartmentalize all thinking in the stunned reaction to the seeming never ending barrage of chaos. The youth were denied the true master narrative of initiatory lore, the grounding of heroic honor, the aspirations of the Great Work, and of the ancestral context to these substances. Instead their innate human need to strive for higher purpose is exploited into the new cult of social justice and perpetual victimhood, and they are left degenerate, impotent, harvested. https://www.hindupost.in/society-culture/the-swan-song-of-the-gatekeepers-cabal/

Our alchemical and ancestral research, our following of the Dharma has always been central to our study of the Original People. Our theurgic alchemy uses products from a specific Siddha alchemical lineage. For those seeking information on this and our guild partners in India, please visit www.tantriklaboratories.com 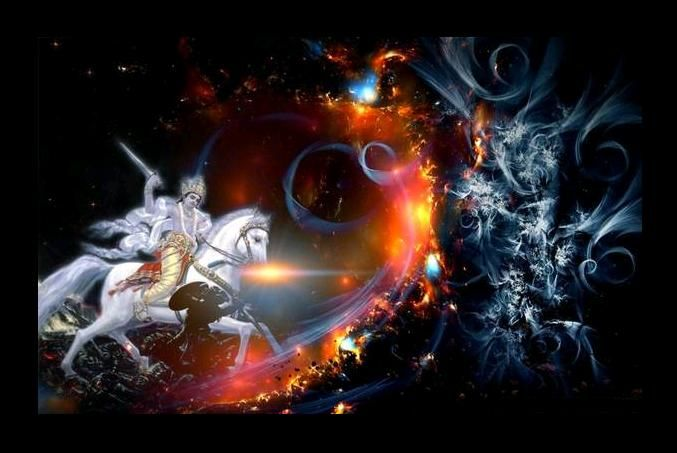