The Occult Wars are constant topics of our research and publications. One essential tactic of the Enemy is to eradicate all of Tradition; all of the holy and sacred mystery centers, the burning of libraries and assassinations of Masters. History is a witness to the purge through campaigns of violence, brutality and force but also to the use of the most subtle methods of propaganda, indoctrination, subversion, and psychological warfare. By destroying or infiltrating most of the initiatory schools, lineages, and centers they have left a vacuum in the human impulse and instinct to evolve towards a higher good and authentic alchemical transmutation. This is the whole purpose of the “New Age Movement” and pop occult systems, of manufactured counter-culture to the promotion of certain once cherished holy teachings or skillful means or herbs: to create a void in the lack of authentic teachings that can be filled with false doctrines to desperate seekers. 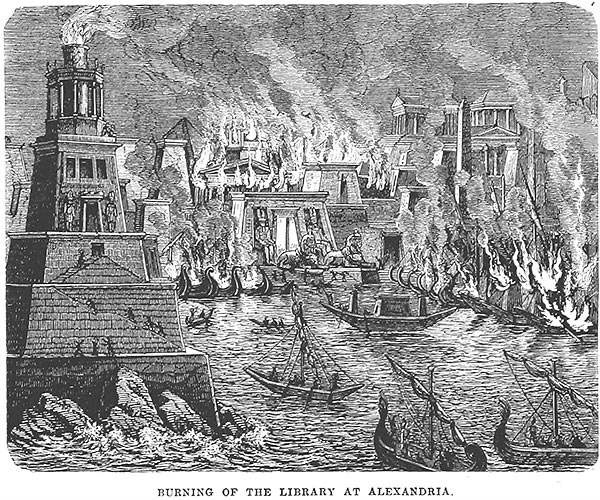 The latter is a most profound topic for considering the tactics of Occult War strategies. The ancient entheogens or magical plants were taken with the Master Narrative of the ancestors in ritual settings that only were granted after lesser initiations and purifications. The modern profaning of these has them used ‘recreationally’ or within the narratives of extremist indoctrination such as on college campuses. It is important to note that the ‘recovery’ of the entheogenic herbal knowledge was first suggested in many publications prior to the Life Magazine article by Gordon Wasson, the J.P. Morgan banker and intelligence asset. Other herbs were suggested for use in the soma of the Vedas in old scholarly papers, and Robert Graves and the Sufi Idris Shah likely formulated the original hypothesis. But it is a tactic to release such solvents of reality, such potentially sacred or infernal experiences and use them to shatter the consciousness of a generation to implant one’s own insidious Narrative. For full discussions of entheogens and occult wars see Magus series, especially Vol. 4. 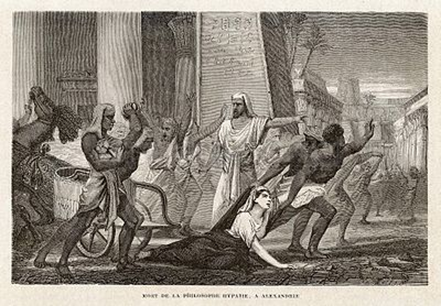 Simultaneously, the counter-culture movement of artificial psychedelics was unleashed. The artificial and organic become conflated, interchanged, intermixed as minds are fragmented with these powerful synthetic drugs. Most were sincere seekers, cast into an age on the threshold of the old and the post-modern, where stifling social norms and promises of libertine bliss and enlightenment were made by simply taking a drug. But there were no true hierophants of the Mysteries, only charlatans, dark intelligence officers playing with sorcery with an intent to subvert and destroy, to infect with a psycho-spiritual poison that is like a spiritual immune disorder.

The conditioning to present the truth then subvert, divert towards the agenda of synthetic over organic. Life Magazine covers of Wasson in 1957 to the 60s LSD covers of a ‘potential danger’ in March to celebrated as part of Art in September of that same year.

The masses are lost, it is the seekers that are deprived of the ancestral Master Narrative, to aim the entheogenic rites with the skillful means of the true Mysteries. The instinct to find and seek these are met with false teachers, faux doctrines, counterfeit sacraments. A prime example is the push of the synthetic DMT and blending it within the ‘culture’ of ‘psychonauts,’ or those that want to explore consciousness, as the true last unexplored territory. Pop culture and mass media ‘heroes’ push and blend cannabis and other such substances and blur the lines. This softens the psyche to their indoctrination, which will also be presented with a veneer of truth with just a percentage of toxic spiritual poison.

The True Mysteries are authentically occult, hidden, secret, concealed. To reveal them is to profane and weaken. What cannot be diminished or subverted is then hidden amongst false and faux imitations, mixed with inverted systems, degenerate and corrupted virtual copies that are fatally flawed and laced with a deep venom. Immortality is promised, but is an artificial construct, the promise to the elite of this world who never can accomplish the Great Work. Thus, they must destroy the True Way, desacralize, and debase all and everything. Their goal is to reduce the human spirit to a subhuman level that justifies its eradication. Humanity is thus lured into its own status as victim of sacrifice through its inability to become noble, pure, and beautiful. Their reverse alchemy is a parody of the true Hermetic science and Dharma that lures even so many of the pure of heart who lack discernment and whose thirst for pure teachings has them drink of even the most polluted and toxic waters. We are Hyperboreans, Gods, and we must refine and purify the accrued filth and mire from our very being and act in accordance with our divine heritage. Every assertion of this Memory, of beauty, of what is noble is a resistance, an assault and defense against the predacious and parasitic Enemy.

These are lures, traps baited with promises of seeing entities, of profound experiences but they are not born of the earth mother. They are synthetic, chemical and they are part of a reductionist worldview that seeks to destroy the Mysteries with desiccated theories that have reduced the perception of life as an accident of explosions and gases. It is the reduction of the experience to a “god molecule” or the pineal gland, or reality as merely a chemical phenomenon and that enlightenment or perfection is a type of neurological chemical recipe that just needs to be refined. It is the negation of the divine, celestial heritage of Children of Earth and Starry Heaven. It is the negation of free will, of a soul, and it is always traced back to the kabbalistic and Freemasonic agendas that seek to conceal all true esoteric knowledge and replace it with a false, virtual, inorganic and transhumanist goal. Dr. Strassman, who also writes of combining Buddhism and his ancestral Kabbalah, collaborated with the DEA and the Scottish Right Freemasonry in his research injecting people with DMT to validate and groom those interested in entheogenic plants into these worldviews. It is a slow compliance, an acclimation, and part of other biomedical agendas from assaults on gender to genetically modified inputs all toward assimilation to transhumanists. The goal is to extinguish all of sacred humanity into the kabbalistic dream of the golem, the hackable organic human enslaved down to the genetic level.

Awe is the beginning of Philosophy, the wonder and ineffable majesty of beholding nature and the human spirit’s extremes of potential and baseness. We stand at the threshold of a world age, where they seek to forever wipe the Memory and traces of the Way. While the masses distract themselves in every possible way, the true seeker must stay aimed, focused, and resolute in the assaults that seek to demoralize and embitter. They must find the ways to revive the exhausted soul, to shake off the lethargy and red dust and rekindle the enthusiasm, the secret fire, the true sources of empowerment of the ancestors. It is a battle for this energy, this human spirit or fire of consciousness. It is an incessant war of tension and attrition to break the consciousness, to fragment the psyche, to tarnish and degrade the heart. Our quest is to heal, to become whole, to regain the soma, the haoma, the sacred mead, the kykeon, the Moly of Hermes, and rekindle the blazing consciousness that recalls itself in the darkness of the Abyss.

Do not dissipate and waste this precious incarnation, put your talents and passions, your resources, your time, and wealth into the pursuit of the Great Work. Join us in research and propagation of the true Master Narrative, to reinstitute the esoteric and intimate Mysteries in remote mountain settings, to produce the medicines and distilled monographs of research for heuristic training in becoming a true Adept and Master. Drink of the pure waters of Memory, Remember the divine heritage and birthright, and awaken to the reality we are Gods in exile. It is the goal of the Mysteries to purify and awaken one to this innate divine nature as they return home to the company of the Blessed. 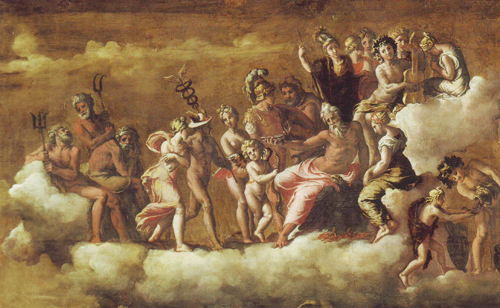 The Reception Of Psyche Into Olympus by Polidoro da Caravaggio