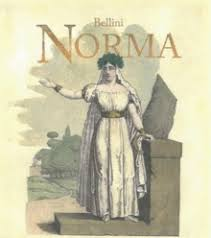 As our research into pagan themes, traditions or allegories in Classical music and art continues, we thought to present one of our favorites. Here we have Bellini’s masterpiece Casta Diva, the Chaste Goddess, from his bel canto Opera Norma. It is an invocation to the pure Lunar Goddess in a sacred Grove by the Druid High Priestess Norma, who council the war ready people of her tribe that they must be patient in engaging Rome. But as the opera is a tragic tale of love, loyalty, and honor against this context of invasion, war and oppression, the subjects mingle, and the invocation is as much for her people’s concerns for battle as it is for the war within her heart and the heart’s of those entangled in these sordid affairs. 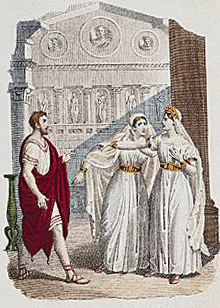 The opera offers some fascinating insights into the perceptions of the Druids in the 19th century, as well as the insight into the human heart and love in the crucible of impending war and death. Norma is the High Priestess, she must be chaste, but she has broken her vow and with a Roman soldier no less. Having had a vision that the Druids would have victory and her lover would die, she councils against war, hoping to spare his life. This Roman, Pollione, has instead fallen in love with one of the virgin temple priestesses, Adalgisa. He later desecrates the Temple and is captured to be sacrificed to secure victory from the Gods. Norma again hopes to spare his life, asking him to renounce her rival and return to her, but he refuses. She confesses her betrayal of her oath to the Druids, her father the High Priest, and volunteers to take her unworthy lover’s place in the sacrificial fire. Pollione, so moved by this selfless act, falls in love with her in again now deeper and more profound at her nobility of spirit. The become immortals in the sacrificial pyre, as they both are engulfed in flames together. 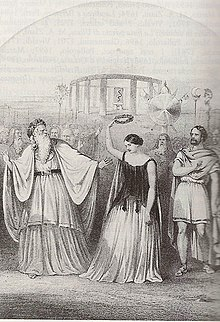 The moments of splendor produced in these performances touch upon the ritual nature capable of being expressed in the Classical arts. The music and aura, the scenery is so theurgically harmonized as to constitute a real ritual invocation to the Goddess. The sublime nature of the tones, the inflection, and the deep yearning within from the chaos churning of love arising between loyalty and the heart, between the sacred and profane, all are transferred to the pure beseeching of the Goddess. We have the true human condition exposed, a love the destroys all but that immortalizes, that transcends the possessive, or conditional love. Norma is not the usual trope, but a complex embodiment of a lover, of a mother, of a priestess, as a leader. We see all these vulnerable sides as she navigates the intruding reality of cultures, of conflict, of rage and war. She is flooded with regret, bitterness, anger, homicidal rage, and yet she retains her nobility, her humanity, her love. It is a love so profound, that few could endure it. It is only in death that such love can be understood, as love as sacrifice, love as surrender, love as truly embracing the essence of the beloved, and preferring its survival and happiness above one’s own, or a selfish love that wishes evil if it is unrequited. A truly beautiful piece to contemplate in the rain of an mid-autumn night. 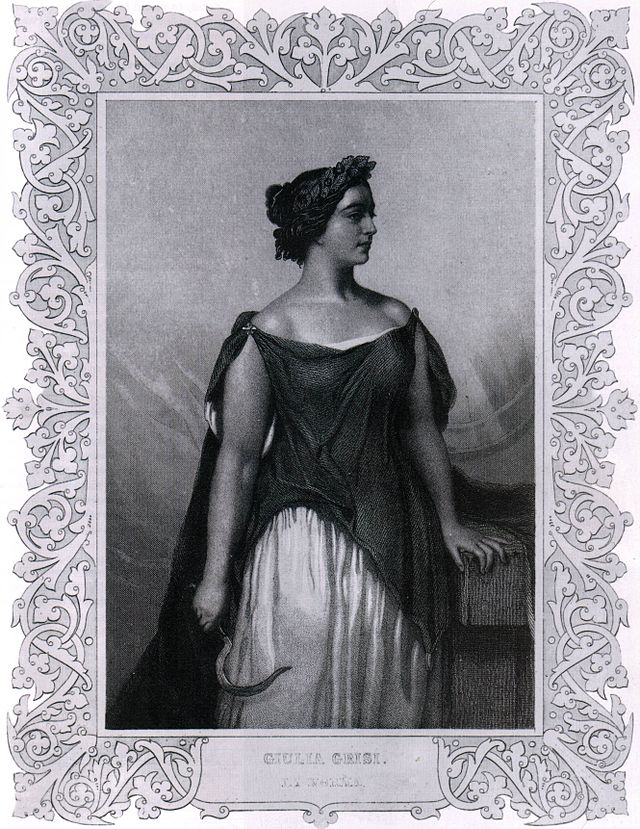 Pure Goddess, whose silver covers
These sacred ancient plants,
we turn to your lovely face
unclouded and without veil…
Temper, oh Goddess,
the hardening of you ardent spirits
temper your bold zeal,
Scatter peace across the earth
Thou make reign in the sky…